Insecure browser/WebGL disabled: There are security and user experience issues with your current browser. A secure modern browser with WebGL enabled is required to display interactive maps and other features.

What is your address?

Search for your address in the sidebar to get information about flight noise in your area.

THIS ADDRESS IS LOCATED BENEATH A PROPOSED FLIGHT PATH

ESTIMATED NUMBER OF FLIGHTS OVER THIS PROPERTY (MEAN)

ESTIMATED NUMBER OF FLIGHTS OVER THIS PROPERTY (90TH PERCENTILE)

DISTANCE TO CLOSEST RUNWAY (AS THE CROW FLIES)

Change the scenario or time of day to view and compare different information.

THIS ADDRESS IS LOCATED BENEATH OR NEAR THE SELECTED NOISE CONTOUR

Type in a new address to view results at another location

32 (44%) of the 72 average overflights at this address during this scenario and time period are above 6000ft. Aircraft movements at or above this height may be visible but are not considered to have a negative noise impact, with average noise levels of 50dB or less.

The map is currently displaying the projected Option 1 overflight data in 2026, during the daytime (6am-6pm).

Though not typically overflown, there are significant noise results for this address. Please review noise forecasts here.

The location entered is located within the 2019 noise contour associated with the current east-west runway (Runway 09/27). In order to avoid understating the potential impacts in the Third Runway MDP, noise modelling did not consider utilisation of existing east-west runway (09/27).

When wind conditions do not suit north-south operations, Runway 09/27 may be used. Locations within the ‘2019 Runway 09/27 contour’ could expect to hear and see aircraft during these conditions. The frequency of aircraft using Runway 09/27 is expected to be significantly lower than in 2019.

This tool is designed to illustrate projected noise impacts and flight paths associated with the construction of Melbourne Airport’s third runway (M3R), which will run parallel to the existing north-south runway.

The noise tool is designed to provide information about the options being considered for the operation of Melbourne Airport’s third runway.

How does this impact me? 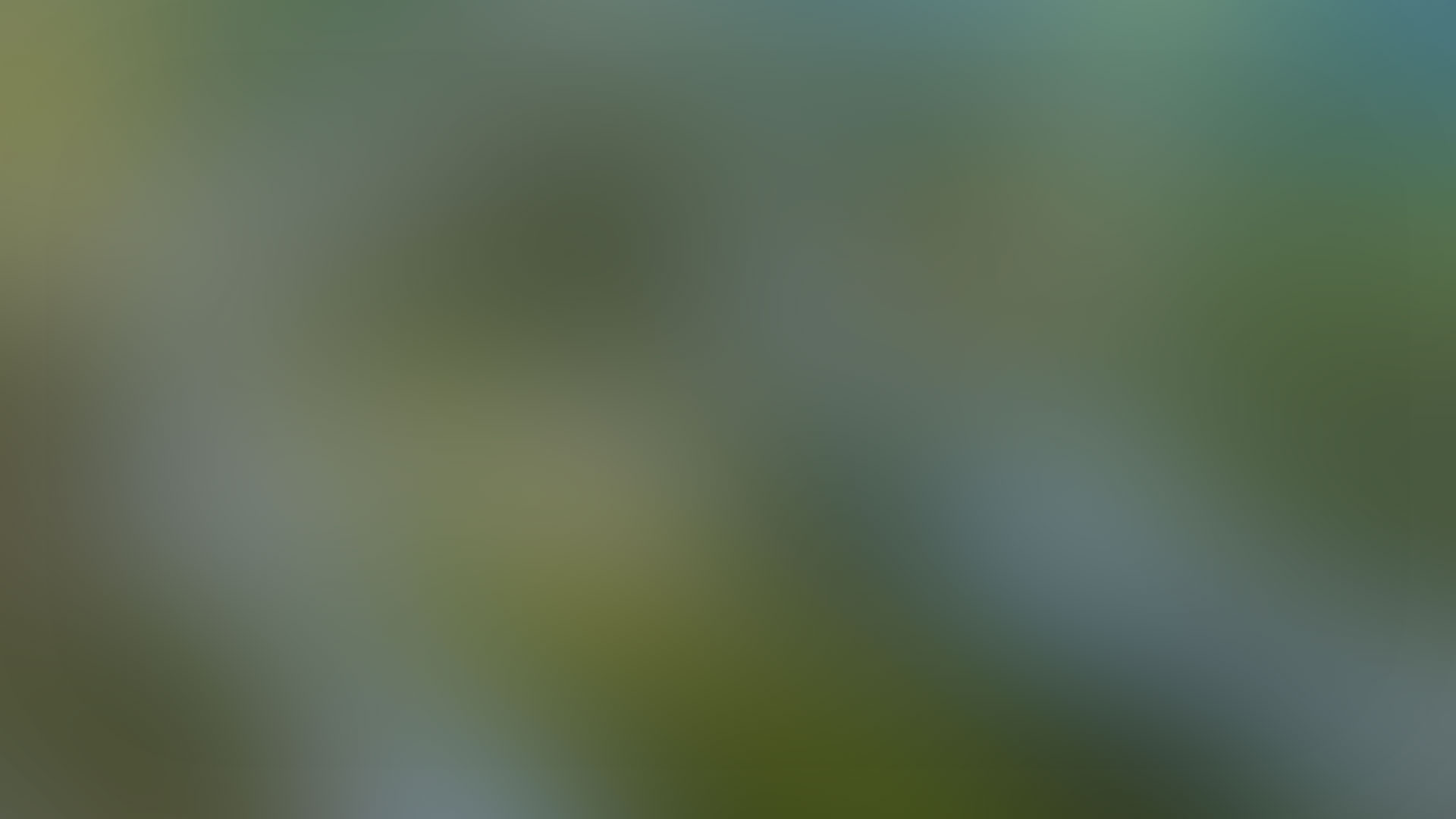 Why do the flight paths end?

Referred to as dB(A), convey the loudness of a sound by accounting for the varying sensitivity of the human ear to difference frequencies.

A publication containing aeronautical information of a lasting character essential to air navigation. The AIP contains details of regulations, procedures and other information pertinent to the operation of aircraft.

Contours that display the aircraft noise exposure patterns around an airport. These contours help land-use planning of acceptable development in close proximity to the airport.

The principal planning document required under the Airports Act 1996, setting out a 20-year plan for each leased federal airport.

A Commonwealth-owned airport can only be leased to a company. The company is called an airport- lessee company, which in the case of Melbourne Airport is Australia Pacific Airports Corporation Limited (APAC).

A map of noise contours based on aircraft operations at an airport in the future. ANEC maps are based on assumptions of future operations. These contours form the basis of an ANEF.

A system developed as a land-use planning tool to control encroachment on airports by noise- sensitive buildings. ANEFs are the official forecasts of future noise exposure patterns around an airport and they constitute the contours on which land-use planning authorities base their controls.

Buffer zones have been included in flight path diagrams within the MDP and Noise Tool to highlight the design stage of the airspace/flight paths. A concept design has been prepared for the MDP and further refinement will occur during the detailed airspace design process should the MDP be approved.

The Flight paths are depicted in the MDP and Noise Tool as a broad band or swathe based around a centreline track it is not possible for aircraft to track precisely along a single line.

The scenario in which the M3R is constructed and operational in accordance with this MDP.

An independent statutory authority responsible for regulating aviation safety in Australia and the safety of Australian aircraft overseas.

An aircraft that has a wingspan of between 24 metres and up to but not including 36 metres. Examples are the Airbus A320 series and Boeing 737 series.

An aircraft that has a wingspan of between 65 metres and up to but not including 80 metres. An example is the Airbus A380.

An aircraft operating technique allowing the execution of a flight profile optimised to the performance of aircraft, leading to significant economy of fuel and environmental benefits in terms of noise and emissions reduction.

An aircraft operating technique in which an arriving aircraft descends from an optimal position with minimum thrust and avoids level flight to the extent permitted by the safe operation of the aircraft and compliance with published procedures and ATC instructions.

Airspace of defined dimensions within which air traffic control services are provided in accordance with airspace classifications.

A State land-use planning zone to control use of the land and to recognise, protect and conserve green wedge land for its agricultural, environmental, historic, landscape, recreational and tourism opportunities, and mineral and stone resources.

A series of predetermined manoeuvres that provide specific protection from obstacles and terrain. An IAP is used for the orderly transfer of an aircraft from the end of the STAR to a landing, or to a point from which a landing may be executed visually.

A navigational aid that provides both directional and glide slope guidance for aircraft landing on a runway at an airport.

The equivalent continuous sound level is the energy average of the A-weight noise level over a sample period.

The maximum A-weighted noise level that is either predicted or recorded over a period.

A requirement under the Airports Act 1996 for airport-lessee companies to provide information to the Commonwealth Government and the public about significant planned development on leased federal airport sites.

A planning control used to limit noise-sensitive uses and the impacts of aircraft noise on development through measures designed to minimise the noise. The areas where these controls apply are determined by an airport’s forecast aircraft noise exposure contours (ANEF).

Contours indicating the number of noise events that exceed a certain level. For example, an N70 contour level shows the number of events above 70 dB(A)

A scenario in which M3R is not constructed, in which Melbourne Airport remains a two-runway airport for the indefinite future.

Specify which operating mode will be selected based on the available modes due to meteorological conditions, time of day, demand and a set of mode priorities

A standard route identified in an instrument departure procedure by which aircraft should proceed from take-off phase to the en-route phase of a flight.

A standard route identified in an approach procedure by which aircraft should proceed from the en-route phase of a flight to an initial approach fix.

A set of regulations under which a pilot operates an aircraft in weather conditions generally clear enough to allow the pilot to see where the aircraft is going. 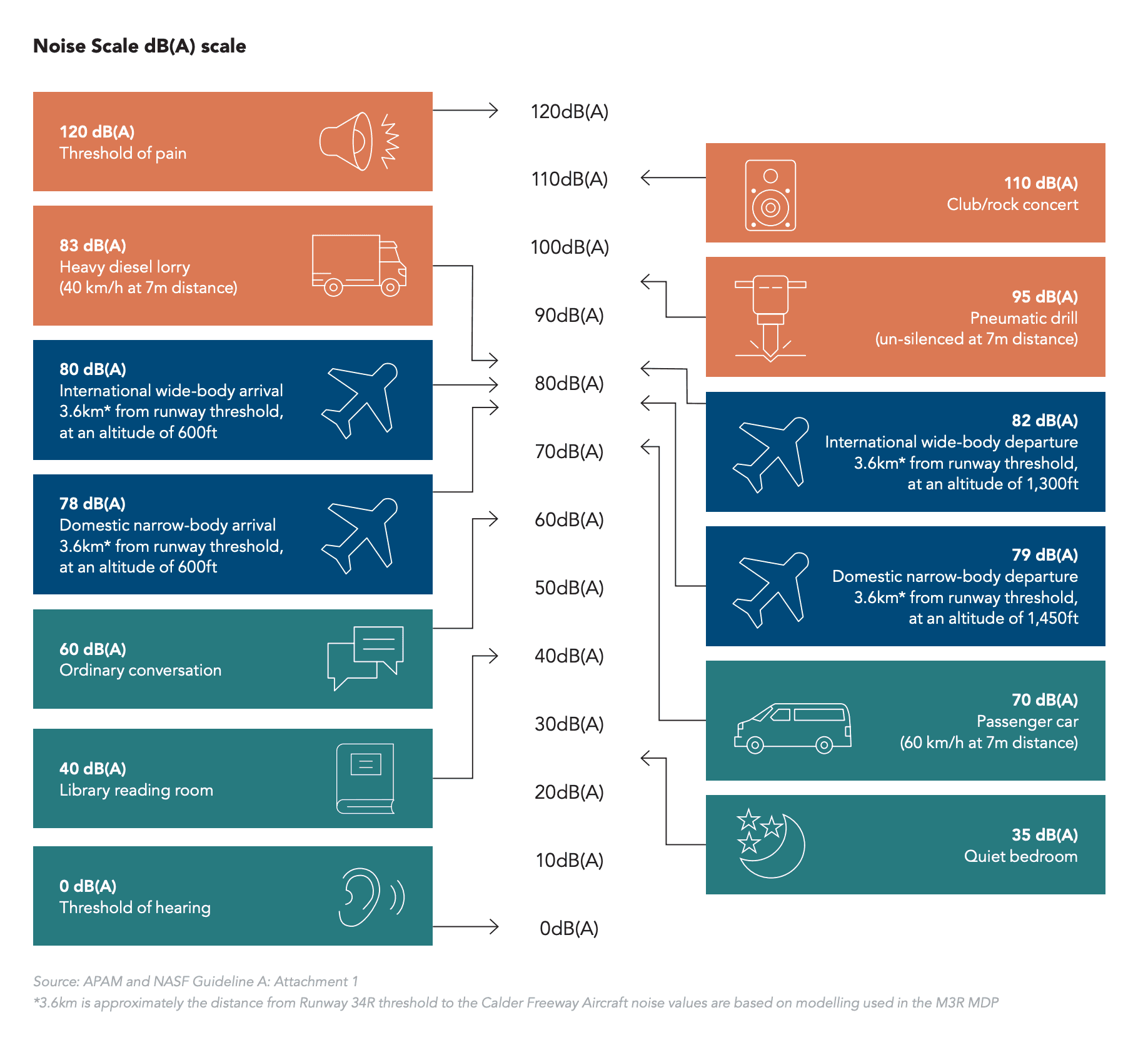